Calculating the expiration date of a U.S. Utility Patent is not particularly difficult, but it can be confusing — so confusing in fact that the U.S. Government occasionally blows it — see U.S. Patent No. 7,604,811, which issued long after it expired.

Simply stated, you take the earliest effective filing for the patent (other than a provisional application filing date or a foreign filing date and add 20 years.  However three adjustments must be considered. First, patent term adjustment (PTA) under 35 USC 154(b) may extend the term because of Patent Office delays in examining and issuing the patent.  Second, patent term extension (PTE) under 35 USC 156 may extend the term because of regulatory delays in clearing the subject matter of the patent.  Third, and finally, the term of the patent is subject to any terminal disclaimers made (to avoid double patenting rejections).  Terminal disclaimers are usually, but not always, indicated on the first page of the patent, but the file wrapper should always be consulted (1) to identify any terminal disclaimers not reflected on the first page, and (2) determine the effect of the terminal disclaimer. 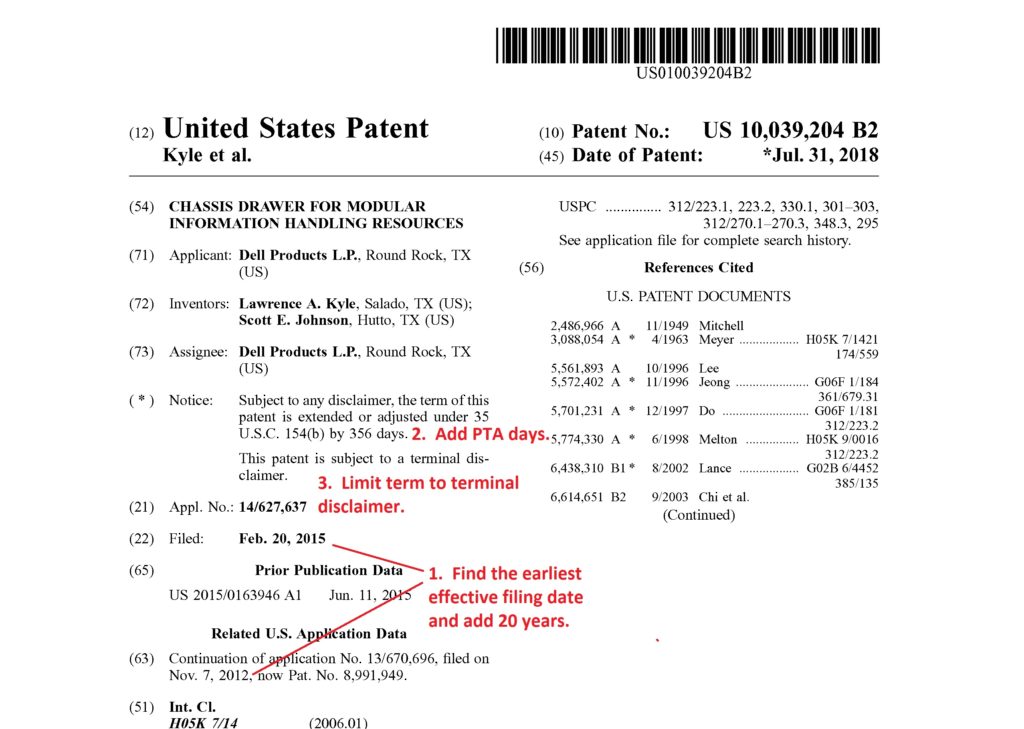